On the initiative of the Croatian Institute for Public Health, implementation of national monitoring of invasive species of mosquitoes through the network of regional public health institutes and in cooperation with the Department of Biology of the University of Osijek continued in the whole of Croatia in 2017.

Identification of mosquitoes was carried out in Zagreb, Pula, Split, Rijeka and Osijek. Data on findings of invasive Aedes mosquito, were collected by ovitraps twice a month from May to November 2017, particularly in the areas where no previous data were available. Ovitraps are a relatively simple and inexpensive method for monitoring and early detection of invasive mosquito species at entry points. Data on the presence of mosquitoes in the territory of Croatia are used to create a map of the distribution of focal points and a unique national database, and assess the risk of vector diseases.

The national monitoring has confirmed the presence of the Asian Tiger mosquitoes (Aedes albopictus) in all counties, except for Požega-Slavonia County and Virovitica-Podravina County. The finding of mosquito larvae (Aedes japonicus) has also been confirmed in counties where they had not been recorded ig 2016.

Existing conditions and the vector potential of identified mosquitoes may, in case of occurrence of causative agents, have a significant effect on the spread of communicable diseases. Excessive mosquito numbers due to favourable living conditions and increased migration of people and goods pose an increasing problem to human health. It is, therefore, necessary to raise public awareness about the importance and methods of preventing mosquito reproduction and spreading. The implementation of national monitoring is an excellent example of cooperation of almost all institutions involved in Croatia. 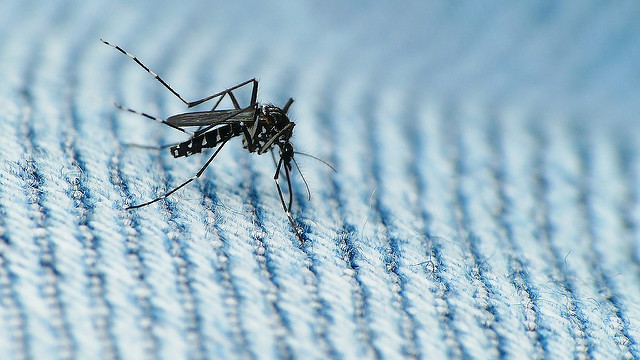 Illustration: Stripe on stripe by coniferconifer, CC BY 2.0